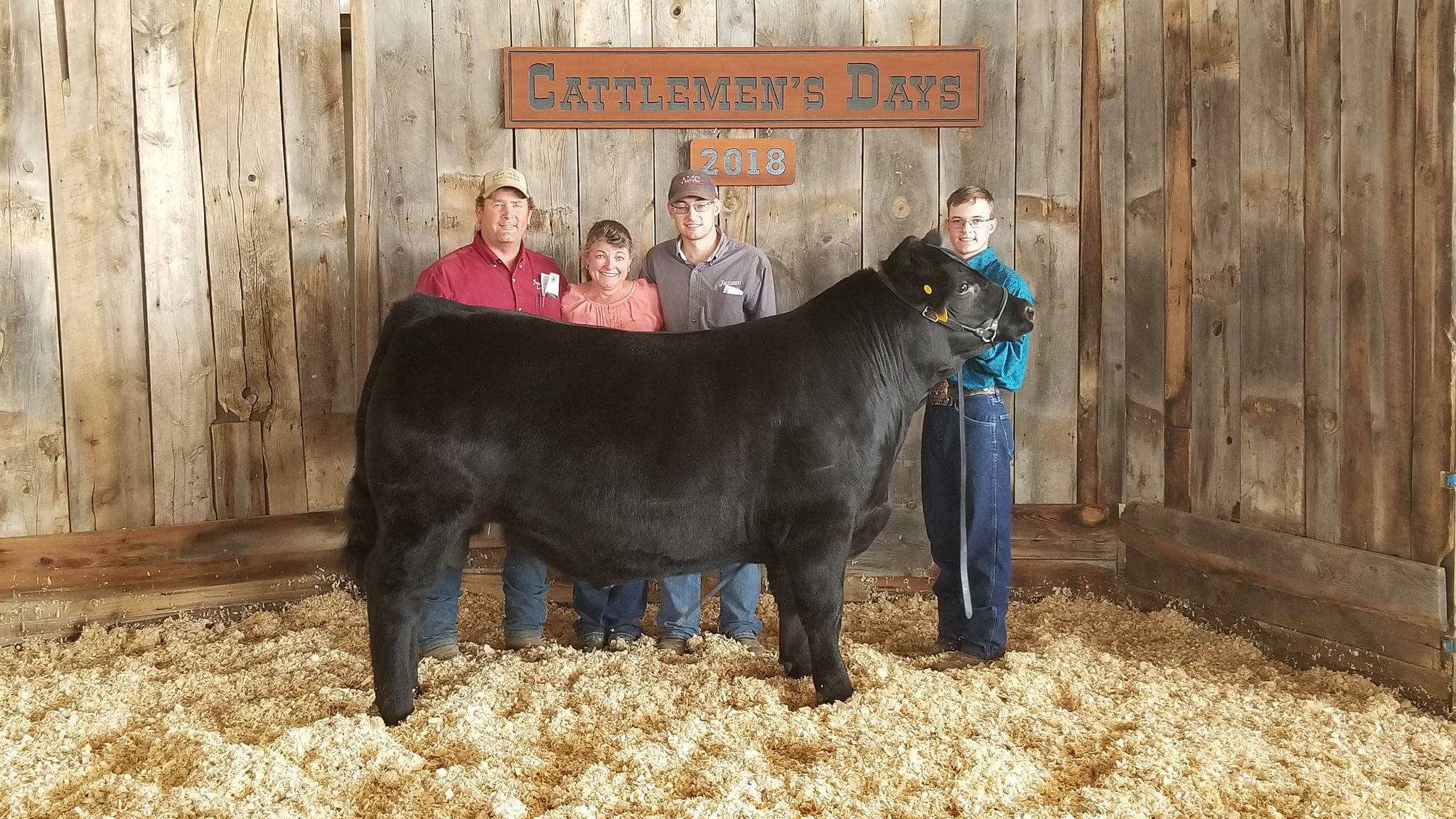 Wilder on the Taylor couldn’t be prouder of Clay Sabrowski for his recent success at the Gunnison County Fair, part of the 118th annual Cattlemen’s Days held in Gunnison from July 6 – 15. Clay has been a familiar face at the ranch since the day he was born and is the 16-year-old son of Wilder’s longtime ranch managers, Don and Shelly Sabrowski.

Clay is a member of the Young Guns 4-H Club in Gunnison and won Grand Champion Breeding Heifer, Grand Champion Market Beef, Grand Champion Senior Showmanship and Grand Champion Gunnison Born & Raised Steer. Naturally, these impressive accomplishments require dedication and hard work with the two market steers (Munch and Wilder) and one registered Angus heifer (Queen Latifa) that he has been preparing for competition since last fall.
“Clay starts all of his beef projects in October with halter breaking and training. By February, he is ready to show them at jackpot shows,” says Shelly, who serves as leader of the Young Guns. “We went to New Mexico in February and his heifer took Reserve Grand and his steers placed second and third in their classes. He also showed his heifer at the Blackout Jackpot in Loveland, Colorado in April.”

Like Clay, Wilder was born and raised at the ranch and won first place in his class, weighing in at a whopping 1,402 pounds! Munch was a calf when the Sabrowskis purchased him locally from Joe Schultheis, and the heifer was acquired from Lazy JB Angus in Montrose, Colorado.

Next up for Clay, besides starting his junior year at Gunnison High School, is taking Queen Latifa to the Northern International Livestock Exposition in Billings, Montana in October.