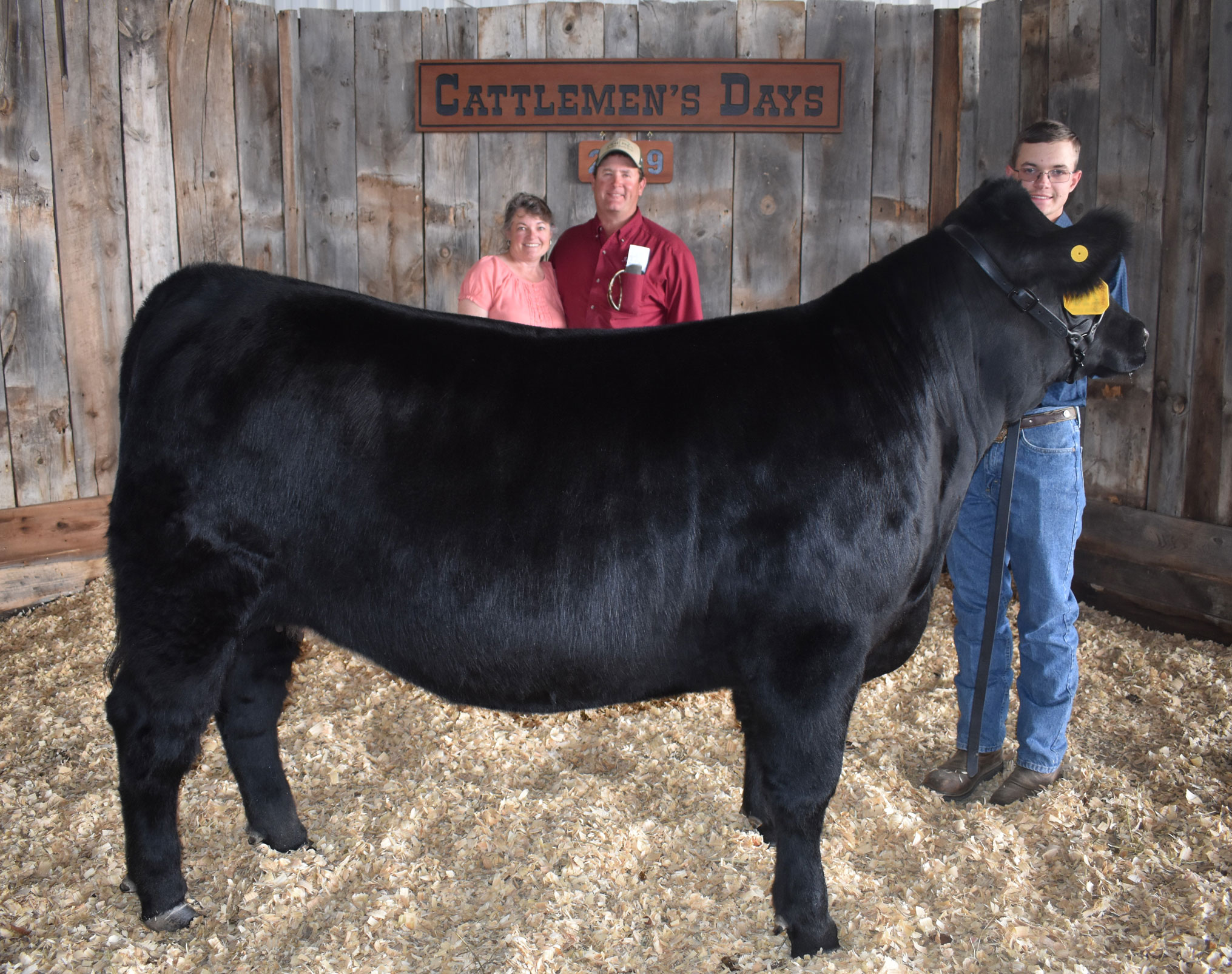 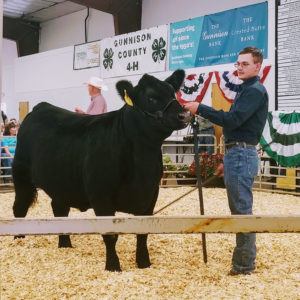 Clay Sabrowski, son of Wilder on the Taylor’s ranch managers Don and Shelly, continued his success raising and showing Wilder cattle at the Gunnison County Fair winning Grand Champion Awards. Clay’s showing was part of the 119th Annual Cattlemen’s Days held in Gunnison from July 5 – 14, 2019. Seventeen-year-old Clay is a senior at Gunnison High School and is a member of the Young Guns 4-H Club.

Like Clay, his market heifer aptly named “The Incredible Heifer” was born and raised at Wilder and surpassed 20 other steers to be named Grand Champion Market Beef. The duo also won Senior Beef Showmanship and Grand Champion Gunnison Born and Raised Beef. The premium heifer was sold at the Junior Livestock Auction at Cattlemen’s Days.

“It was a competitive show, and he was super proud she was able to win it,” says Shelly. “He picked this heifer out of the Wilder cow herd last fall. Heifers are more difficult to raise than steers for market because when they begin to cycle, they tend to lose weight.”

He hopes to begin attending South Dakota School of Mines next fall and major in electrical engineering. Congratulations Clay!