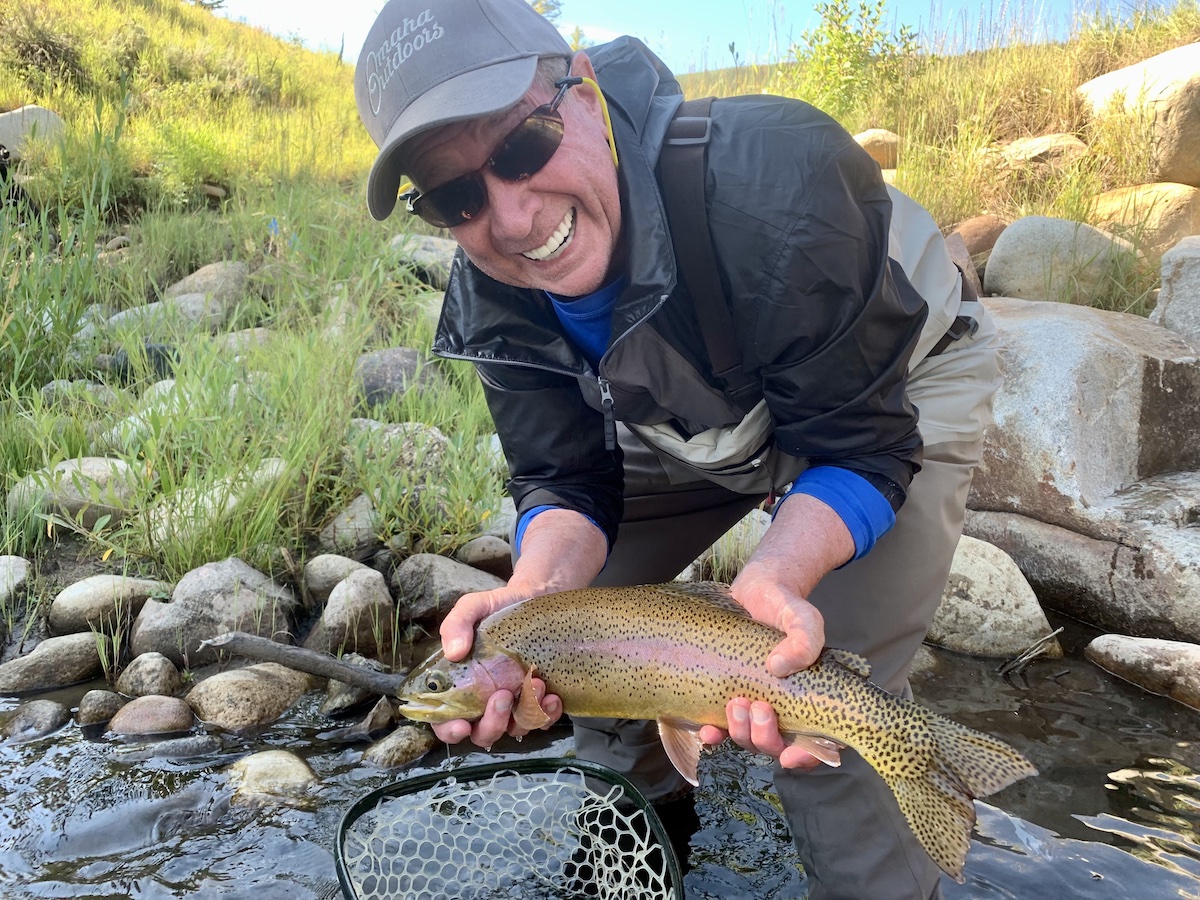 Fall is finally here. Brisk mornings and the occasional cloudy afternoon have recently led to some excellent fishing weather. The Taylor River is flowing at 150 CFS through Wilder, and 100 CFS of that is coming out of Taylor Park Reservoir. Water temperatures fluctuate from approximately 48 degrees in the morning to 56 degrees by the evening. 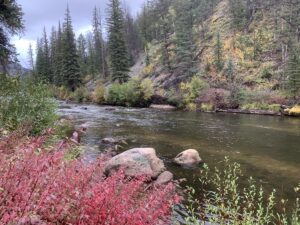 Mornings on the Taylor River can feel “slow” for the unwitting angler. But the river is not “slow” for the fish. There is a prolific hatch most mornings. The bad news, these hatches tend to be really small midges. Size 18 or 20 if you’re lucky. The good news, success can be found by an angler willing to pay attention. The trout are gobbling a ton of these midges. If you can identify the correct size and put it in the right location in the water column, your fly should get a lot of eats. Eats, not hookups. Keep confidence in each cast. Also, as the air starts to warm up, be on the lookout for mayfly mating swarms and spinner falls. 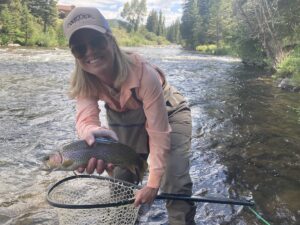 As the day progresses, there should be some mayfly nymphs moving around. A good prospecting tactic midday is a dry dropper rig consisting of small hoppers, 16-18 Humpys and P. Adams, 16-22 Micro Mayflies and Pheasant Tails. Cloudy afternoons tend to be best, but even sunny days have brought a lot of bug activity. There have been a few size 16-18 PMDs and gray mayflies every afternoon, with a consistent and sometimes prolific Blue Wing Olive hatch. Some of the BWOs have been large, too, size 16-22. These prolific hatches have been enough to pull some big fish to the surface. Pay attention to where in the water column the fish prefer their food. It can make a big difference if their food is most abundant on top of the water or if their food is more abundant just below the water’s surface—the big fish care. Look for spinner falls again in the late afternoon and evening hours. 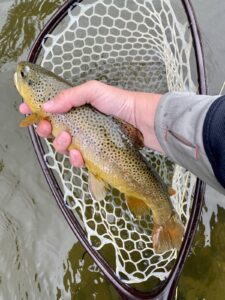 The Dream Stream is seeing a lot of the same bug activity as the river. Prolific Blue Wing Olive hatches, with a sprinkling of other small mayflies and midges. This fall, the above-average flows through the Dream Stream have kept the fish happy and less wary. The terrestrial bite is fading but not done yet. Consider stripping a small Wooly Bugger through the deeper pools for an exhilarating strike.

The trout in the ponds still respond to terrestrials most of the day. A size 12 hopper pattern or size 14-16 flying ant presented correctly and twitched occasionally has been unbeatable. When they aren’t looking for terrestrials, suspect a small midge hatch. Sporadic midge hatches will test even the best anglers, but a size 18-20 Sierra Dot, Griffith’s Gnat, Black Beauty, or Zebra Midge should work. Casting a Wooly Bugger in front of cruising trout has been very successful, also.