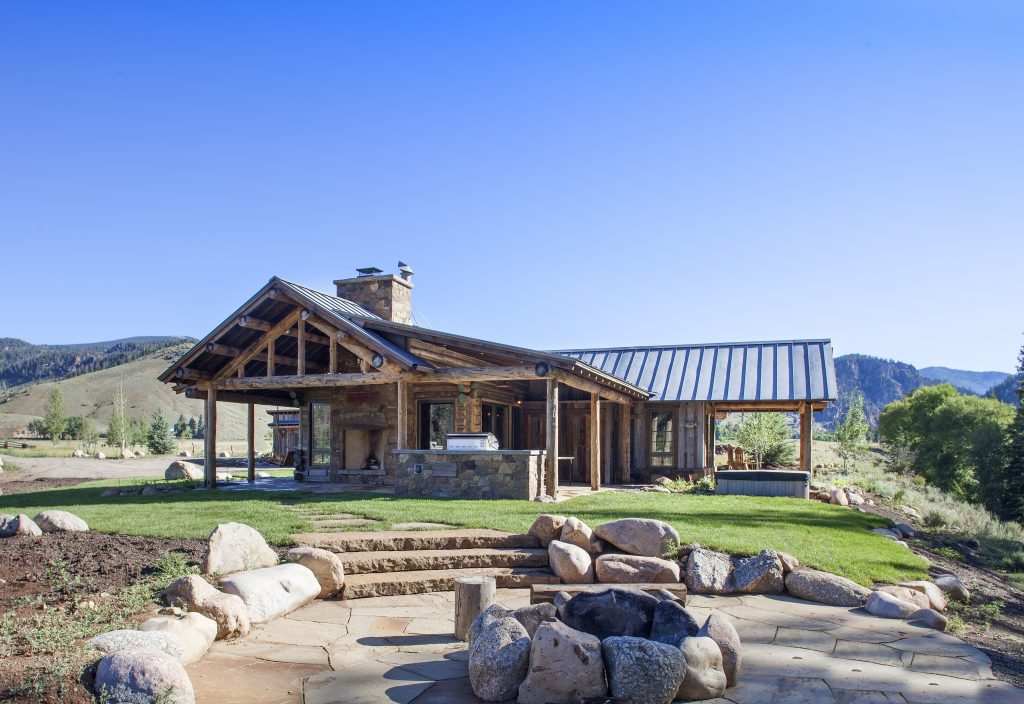 Originally built in the 1940s, a ranch cabin spent years sitting beside Crystal Creek on the winding Taylor Canyon Road near Almont, a small town between Gunnison and Crested Butte. This rich piece of hand-hewn architecture was actually slated for demolition in 2009. That’s when Scott Hargrove, owner of Crested Butte-based Hargrove Construction, decided to dismantle and store it until there was a chance to give it life once again. 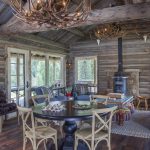 Chuck and Holly Schiavo from Edmond, Okla., had just purchased a lot at Wilder on the Taylor, a historic ranch on a 2-mile stretch of the Taylor River not far from the cabin’s original location, when they met with Hargrove in mid-2014 to discuss building a fishing cabin. He quickly realized this was the chance to give the structure a new life: Teaming up with Jennifer Hartman, principal and co-owner of Sunlit Architecture in Crested Butte, he merged beauty and nostalgia into an exquisite three-bedroom, two-bath log home.

When the 1940s ranch cabin was dismantled, each log was tagged and labeled for easy reconstruction. During the years of storage, the plastic tags did not weather quite as well as the beautiful pieces of aged lumber. Luckily, Hargrove had taken measurements and photographs, and Hartman was the architect for the property when the cabin was removed, so she was well aware of the layout and history.

The bulk of the Schiavos’ home, completed in April 2016, comprises the original log cabin plus an addition built mostly on the river side, including a master bedroom and bathroom, a guest bedroom and patios. 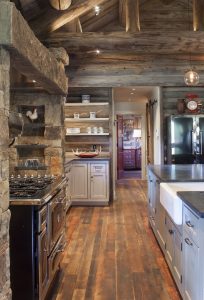 A long, rectangular great room, featuring living, dining and kitchen spaces, greets guests as they walk in, and the space is visually divided by trusses that mimic the original design. The kitchen leads to a large laundry room, bunk room, guest room and full bath, and an attached chef’s kitchen/covered patio off the living room transitions into a smaller fire pit and “thinking” patios on the short walk down to the river. 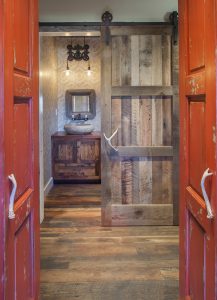 “It was such a cool cabin, and I wanted to save it,” Hargrove says. “When Chuck and Holly purchased property at Wilder and wanted to build a fishing cabin, I said, ‘I have a cabin,’ and we talked it through. They had the confidence and faith to see what might be there and had Jennifer incorporate the old cabin into the new.” 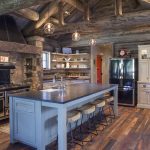 The Schiavos’ vision was to keep the home “rustic and intimate,” Holly says. “We used all of the logs from the original cabin and also included lots of windows to enjoy the views of both the river and mountain behind us and the cattle fields in front of the cabin. We also wanted enough beds to host fishing getaways with friends.”

The home has a low profile, with natural wood stains and a natural color palette, and was positioned along the riverbank close to the existing cottonwoods, evergreens and aspens. “The reason folks are drawn to Wilder on the Taylor is the outdoors. An architect would be remiss to exclude fantastic indoor/outdoor relationships and access to the gold-medal waters,” Hartman says. 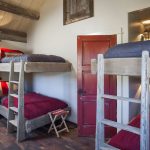 Reclaimed hardwood floors and ceilings made from barn wood purchased at Distinguished Wood Products in Carbondale enhance the warm and welcoming feel, and painted cabinets and doors “allow the logs to shine and bring a brightness to the space,” Hartman says. “Holly and Alene Davis did a great job with the interior furnishings, colors and accessories.” 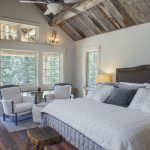 Davis, a designer based in Tulsa and a Crested Butte homeowner, teamed up with Schiavo to find many of the accessories locally, and Holly’s sister, Robi Jones of Tulsa, created most of the painted furniture.

The appliances in the kitchen are state-of-theart antique replicas, with the stove placed where a stone fireplace once stood. Hargrove found an antique potbelly stove from an old barn in Michigan at A & M Salvage in Gunnison that now is part of the Schiavos’ living room. 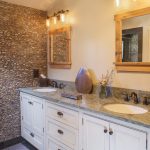 His favorite aspects of the property are the porches, privacy and sounds of the river. “You don’t know anything else in the world exists,” he says. “The cabin is not overpretentious or overstated; it’s very livable and comfortable.”

Click for more information on Crested Butte land for sale.